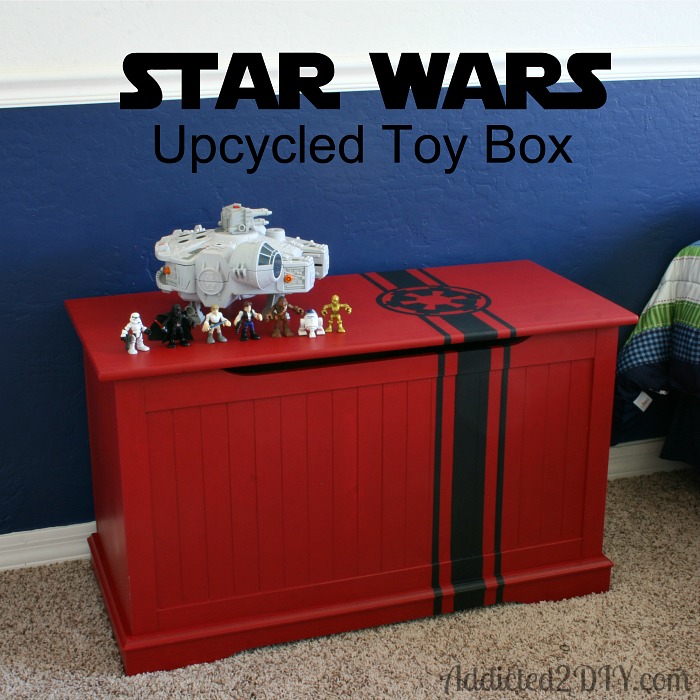 {Disclaimer:  I am a member of the DecoArt Blogger Outreach Program.  I received compensation and/or products for this post.  All opinions and ideas for these products; however, are my own.}

I’m going to have a bit of a nerd moment and admit that I love Star Wars!  I am a bigger fan of episodes IV – VI, but that’s not to say that episodes I – III aren’t bad.  I just like what I grew up with.  My 5 year old is also a HUGE Star Wars fan.  You can often hear him in our house humming the music from the movie while he’s playing (sometimes it’s Indian Jones).  I have been meaning to actually decorate his room around a theme for a while and now that he’s getting older, I feel pretty comfortable spending the time (and money) to decorate his room in a theme that I am sure he won’t get tired of next week.  He had several ideas, but finally decided that Star Wars was what he wanted.  Just to be sure, I’ve waited almost a year to decorate his room.  Just in case.  Okay, I really am just kept putting things off.

My first project for his room was his toy box.  We’ve had it since his big brother was 18 months old, so it’s been well loved.  I was actually going to try to sell it or donate it, but have seen so many amazing furniture transformations with paint lately that I decided to give his old toybox a new chance on life! 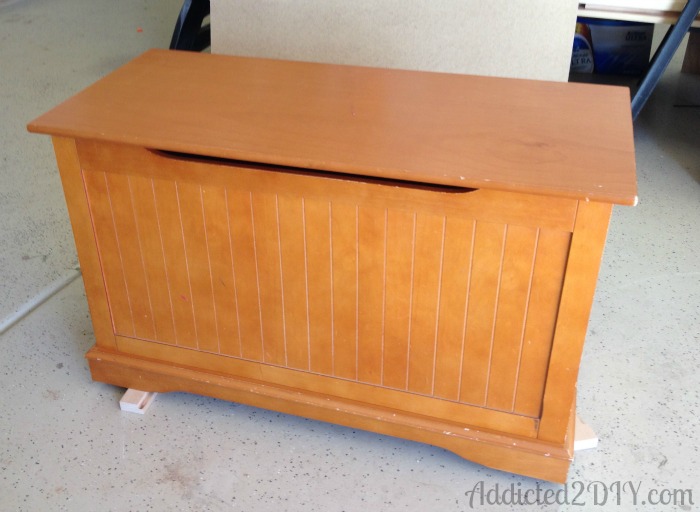 Here is what his toy box looked like before.  It was dinged up, scuffed, scratched, and had sticky fingerprints all over it. 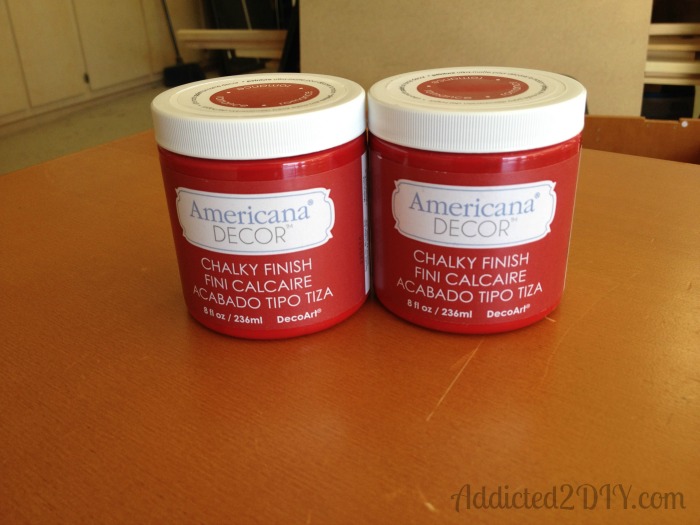 I wanted this project to have a minimal amount of work involved, so I chose Americana Decor Chalky Finish Paint to cover it.  You can purchase this paint online from Home Depot.  You may remember my very first experience with this paint here.  I liked the paint so much and I was itching for a bigger project to try it on.  One reason why I loved using this paint was that I had to do ZERO prep work, other than grabbing a damp cloth and wiping the toy box down.  The color I chose is called Romance and I applied two coats of it to the toy box. 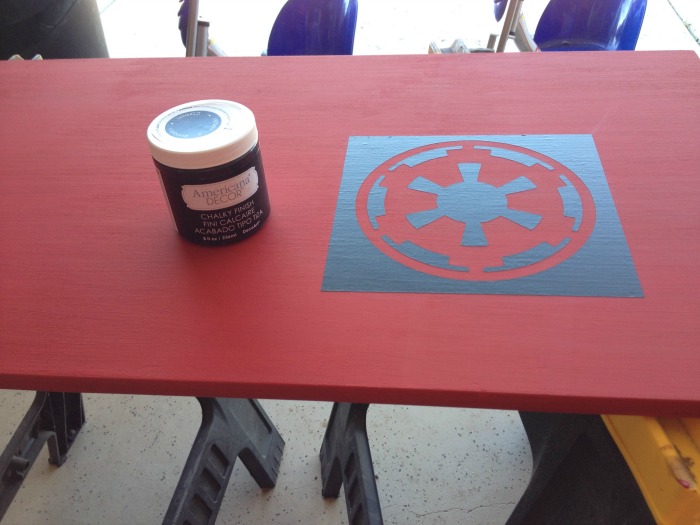 I asked my son if he would like the symbol for the rebels or for the Empire.  He chose to have the Empire’s symbol.  He leans a little more towards the dark side;)  I created an SVG file with the Empire’s symbol and cut it out of a scrap piece of vinyl and adhered it off-center on the top of the toy box.  I actually cut this stencil too small (6 1/2″) and decided to go bigger and ended up cutting another one at 8 1/2″.  I’ve included the SVG file for you to download at the end of the post. 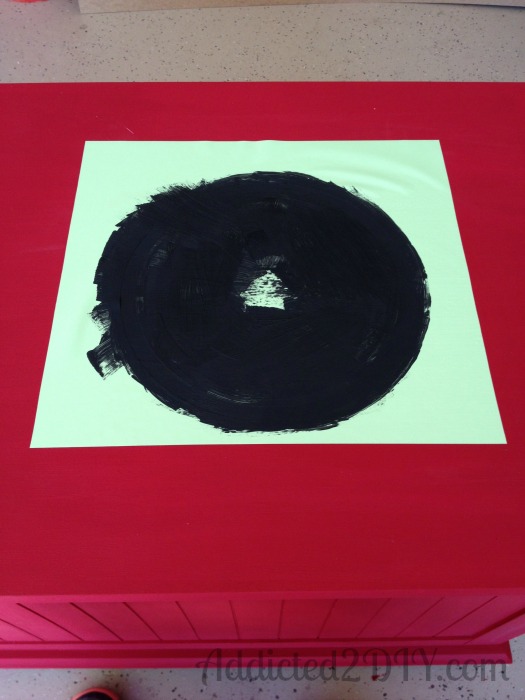 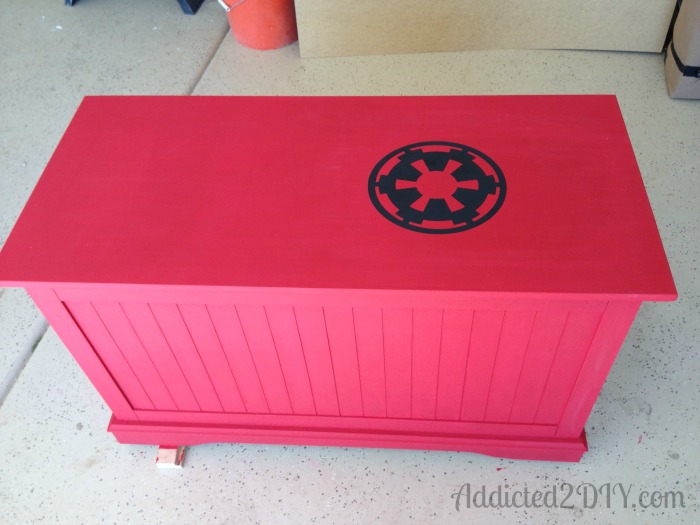 I painted the symbol in Carbon colored Chalky Finish Paint and then peeled up the vinyl. 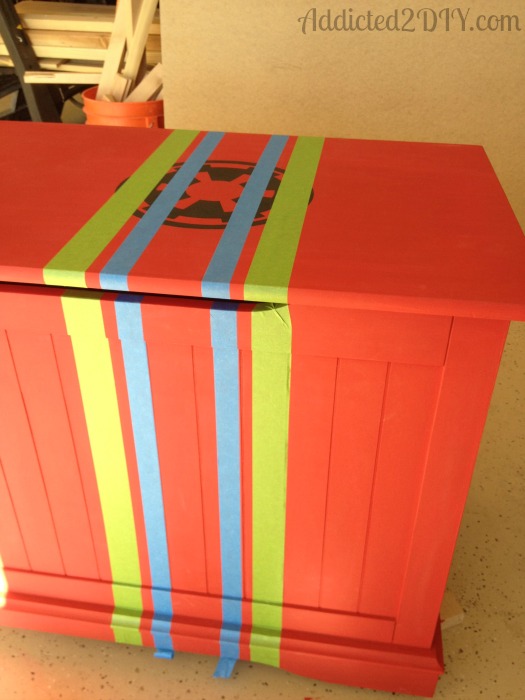 I knew it would be a bit boring with just the symbol on top so I always knew I would add stripes to it.  I used painter’s tape to add the stripes.  The center stripe is centered on the symbol and is 2 1/2″ wide.  The outside stripes are 1/2″ wide.  I taped them off and used the Carbon colored Chalky Finish Paint again for the lines. 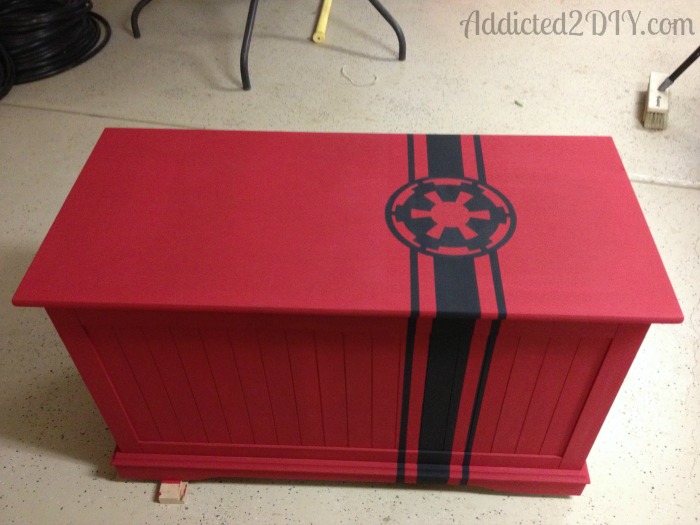 Here’s how it looked completely painted.  My excitement was definitely building for this project! 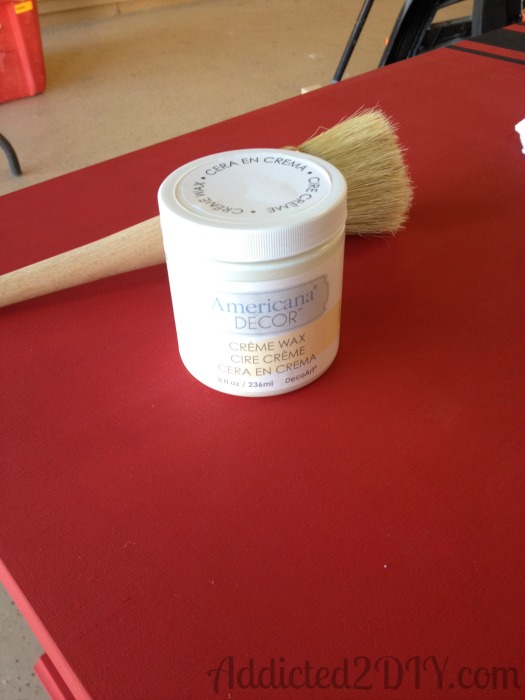 I used Americana Decor Creme Wax to seal in the paint.  After buffing it byhand, the toy box had a nice almost semi-gloss finish to it. 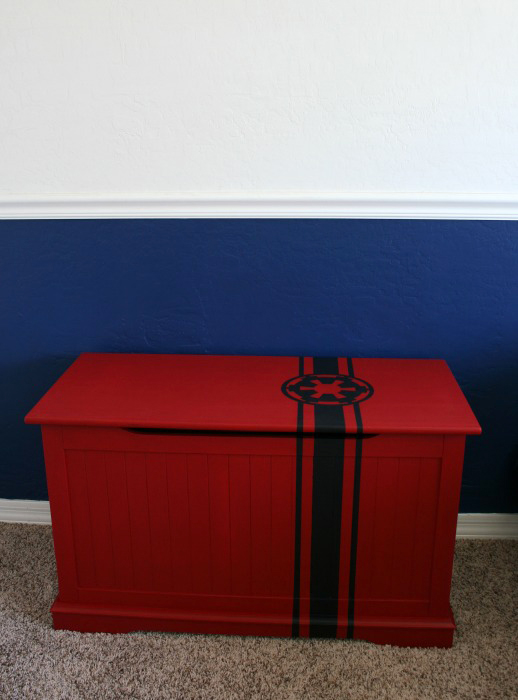 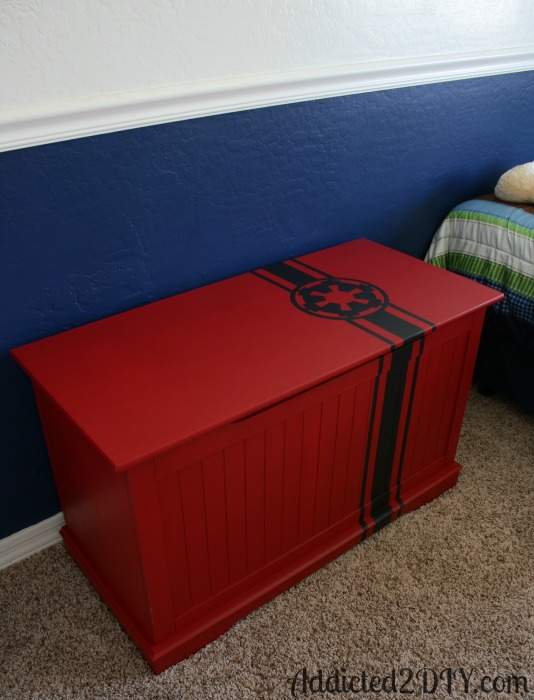 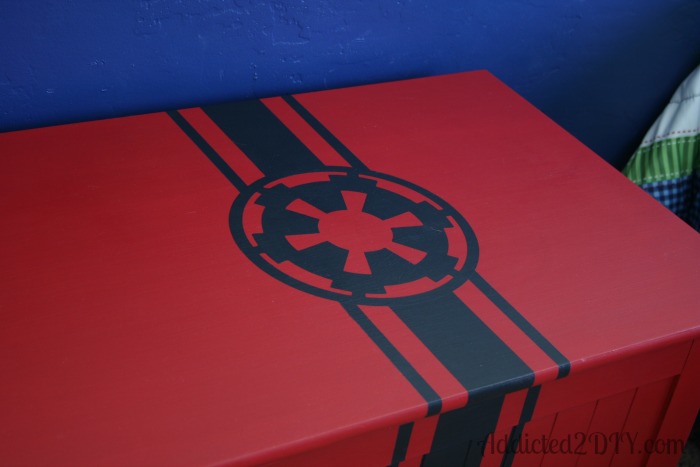 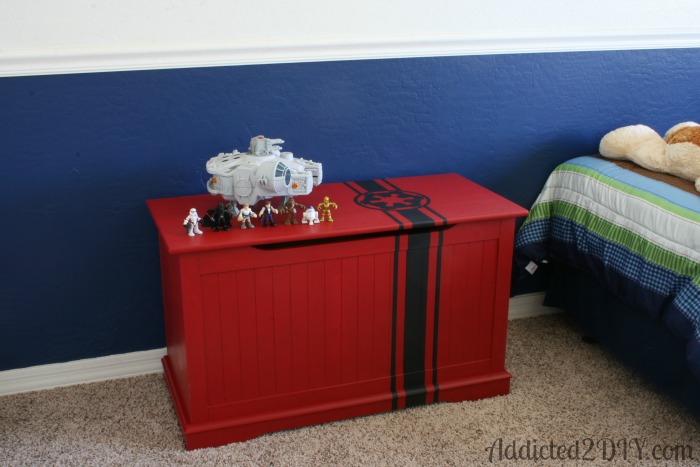 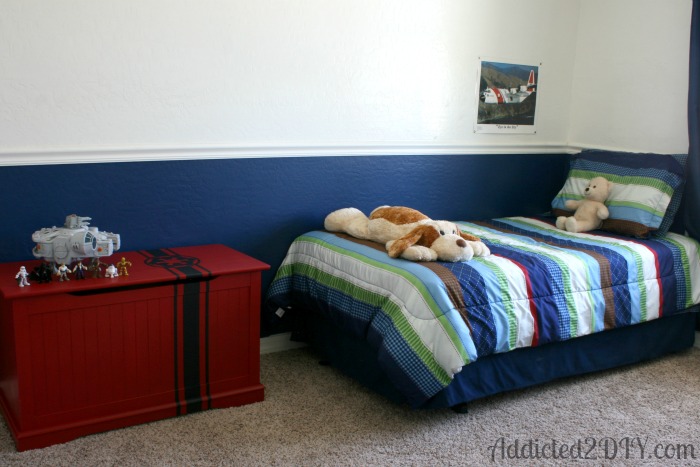 I am so happy with how it turned out!  I am really loving the pop of color it adds to his room against the navy blue wall.  My son is really happy with it too, which I suppose matters more than my opinion;)  His room is definitely not done, but I am loving how things are going so far.

I’ve got a few more projects I’m working on this week that I will be sharing with you, so stay tuned!

You can download the SVG file I made here.

You can find me over at these link parties: